The Legacy of Bill Wood 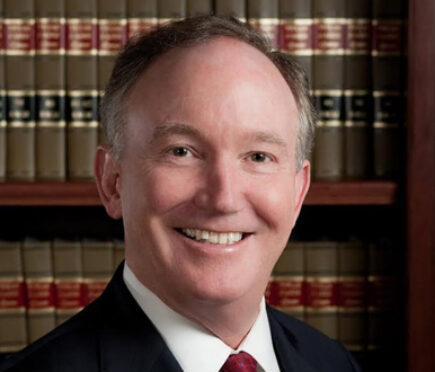 The Legacy of Bill Wood

Bill Wood co-founded Wood Weatherly Trial Law with partners Grace Weatherly and Jane Thacker in 1996. Having tried over 300 jury trials in state and federal courts across Texas, Bill became the “go to” lawyer for clients throughout the state who were faced with serious legal difficulties.

Son of a petroleum engineer and a schoolteacher, Bill was raised in Midland, where George Bush was his seventh-grade back-up quarterback.  Shortly after Bush was elected to office in 2000, Bill was surprised to read in the New York Times that a group of classmates in Midland had opined that if they had been asked to guess which of the graduates of Midland High School class of 1964 would later be elected as President, they would have guessed Bill—not George.  But Bill never had any political aspirations.  He once said, “From my early teen years, my only goal beyond being a professional athlete was to be a trial lawyer. I was thrilled when I gave my first jury argument. I felt like this was what I was meant to be – and I’ve never wanted to be anything else.”

Grace Weatherly and Bill Wood celebrated 25 years of partnership in 2021 before Bill’s passing.

Bill Wood leads the State Bar of Texas’ Transitions to Practice Mentoring Project in Denton County for 2014-15. The project focuses on new lawyers and those re-entering the practice. Applications are accepted until September 1, 2014 For the application click here

Bill Wood Named to Advisory Board for UNT Law School

On August 10, 2014, Wood attended the inaugural convocation for University of North Texas Dallas Law School. Hon. Royal Furguson, dean of the new law school, appointed Wood to the advisory board.

A Denton County jury awarded $538,845 to Mary Jo Gaustand in a December, 2015 trial in which the 70-year old claimed that her vehicle was rear-ended, whichcaused her to incur $20,000 in medical expenses, and forced her into an early retirement. Michael Beene, of Dallas’ Taylor and Anderson, counsel for Travelers’ Insurance, offered $35,000 to settle the case.

Wood, Thacker & Weatherly is pleased to announce that on April 1, 2016, Bill Wood was the first recipient of the Denton County Bar Association “Bill Wood MVP Award,” named for its first honoree. Wood, who first served as president of the Denton County Bar Association in 1979, has continued to serve as board member, as chair of the Transitions to Practice program, on Bench-Bar committees, and in countless other ways. In accepting the award, Bill noted that it was presented on the 20th anniversary of the founding of Wood, Thacker & Weatherly. Congratulations, Bill! 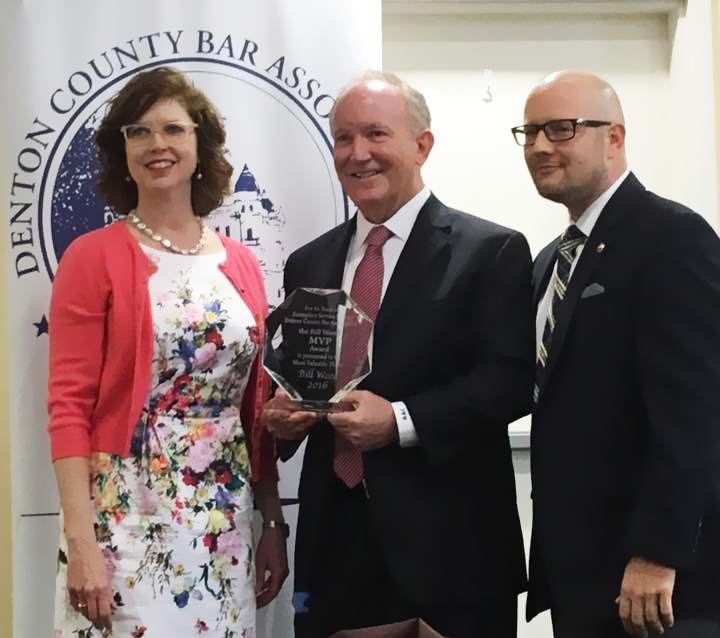